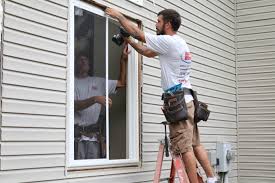 The condition of New Zealand’s housing stock was hotly debated during the lead up to the election. Houses that were acceptable in the 1970’s are now considered outdated and low quality for 21st century living. With the introduction of a new Government we are waiting to see what changes will be implemented for landlords, for example, will a housing Warrant of Fitness be introduced?

Landlords may need to incur significant improvement costs to bring properties up to the required standard, so the inevitable question will arise – are the costs tax deductible, or capital in nature? Because buildings are not depreciable, if expenses are considered to be capital, no tax deduction will be available at all.

The process of determining whether expenditure comprises tax deductible repairs and maintenance work (R&M) has been established by the Courts, but it is inherently a judgement call and is open to interpretation. As a result, it is a common area of review by Inland Revenue during the investigation process.

Generally, where new building materials are used extensively, and perform different functions, then this may be considered a change in the character of the asset and therefore more likely to be capital in nature. However, one accepted means of treating expenditure as deductible R&M is on the basis of technological improvement. The rationale is based on the Privy Council decision in Auckland Gas Co. Limited v CIR in which Lord Nichols stated:

It often happens that, with improvements in technology, a replacement part is better than the original and will last longer or function better. That does not, of itself, change the character of the larger object or, hence, the appropriate description of the work.

Some objects do not lend themselves so readily to this exercise in characterisation… A house is a simple example of this. Demolition and rebuilding of a dangerous flank wall of a house would normally be regarded as repairing the house. The answer might not be so obvious if an entire derelict wing of a large house were demolished and rebuilt, especially if the new construction were substantially different from the original. Questions of degree may arise in such cases.

Inland Revenue’s Interpretation Statement on R&M issued in 2012 briefly commented on the issue. Inland Revenue referred to the Auckland Gas example. In that case, a significant portion of the asset, being the gas network, was replaced with new pipes that performed differently. It was considered that the character of the gas distribution system had changed, hence the conclusion by the courts that the expenditure was capital in nature.

Let’s take another common example. A landlord may choose to replace all of the windows of a rental property with double glazing. Double glazed
windows can make a substantial improvement to a home’s heat retention, as it is often the windows and frames that are most susceptible to heat loss. However, there is a strong argument for concluding that the character of the house is unchanged. It is visually unchanged and the windows perform the same function. While not explicitly dictated as the only choice of window, they can be considered the new technical ‘standard’.

In principle, the cost of making this type of improvement should be tax deductible. The tax benefit promotes the creation of healthier, greener homes. However, if in this example the landlord had chosen to replace the windows with a better product to improve the character of the house, then arguably a capital improvement has been made. Single glazed windows are available and common sense suggests the landlord would not have paid for the improvement if no advantage was gained. Instead of replacing all of the windows, replacing the odd broken window from a stray cricket ball might help the landlord dodge Inland Revenue’s capital improvement firing line.

If you’re unsure about claiming for repairs and maintenance work on your investment property, get in touch with one of our team and we’ll help you determine whether it’s a tax deductible claim or a capital improvement.

Categories: Blog
Tags: capital improvement, investment property, r&m, tax deductible
Do you like what you see? Hire us!